Why We Need Independent Book Publishers

· And why you should support this amazing SFF independent publisher's Patreon! · 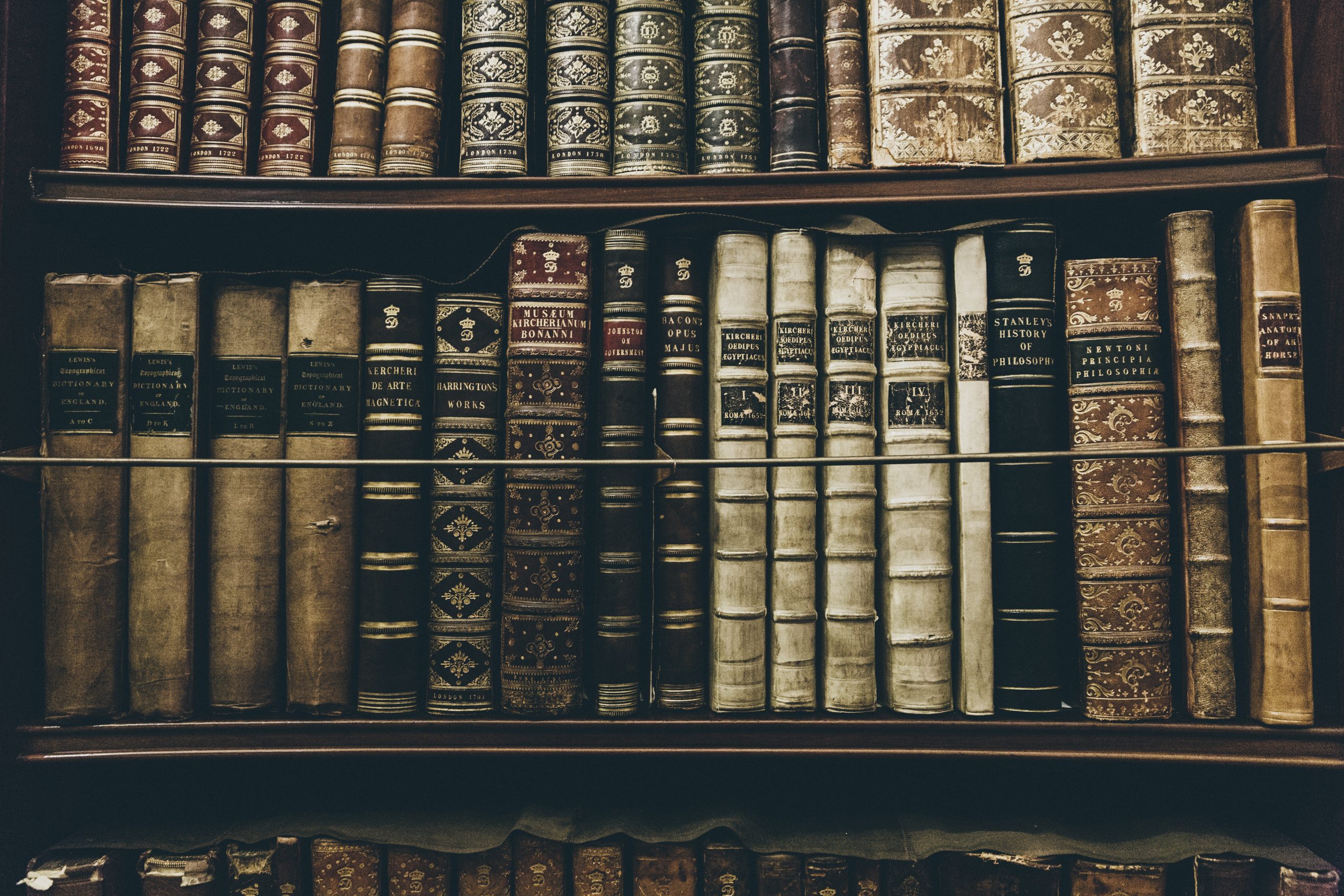 The Parliament House Press specializes in a niche SFF market and strives to be the Guillermo del Toro of the indie publishing world. If you enjoy what they do as much as I do, please consider becoming a patron HERE to get exclusive inside peeks at special content, unreleased projects, and behind-the-scenes details. You will also qualify for curated prizes and, depending on your tier, free e-books!

So, here’s the thing: I have beef with the Big 6. Sure, they’ve done a lot to give authors a livelihood, but those days are slowly disappearing. The primary concern of Big 6 publishers is maximizing profits, and this has come at the expense of writers, editors, agents, and small publishers. Yes, publishers need to make money, but they should do so without exploiting those who make it possible. The Big 6 have essentially monopolized the market by making sure only their books get shelved in brick and mortar stores. They do this in several ways, but I’m going to discuss one here: ISBN and EAN barcodes.

For those of you who don’t know much about book sales, ISBNs are a must-have for all books, but they are not the same thing as EAN barcodes. The ISBN is the 13-digit number you see above the barcode on the back of the book. The EAN barcode is basically a scannable, machine-readable representation of the ISBN. The EAN also gives you an extra 5 digits that tell you the price of the item. 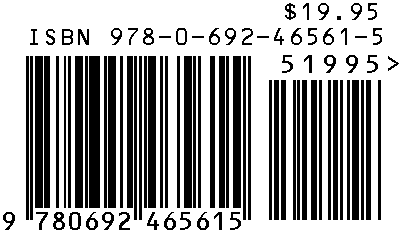 To get your book into large bookstores, it must have a Bowker ISBN and a scannable bar code that makes the book returnable to the publisher. For publishers to get their books into bookstores, they must purchase both ISBNs and EAN barcodes through Bowker, the official supplier in America.

This can be expensive. Large publishers have the capital to buy ISBNs and EANs/barcodes in large batches at a discount because they put out so many titles every year. However, small publishers that only put out a few dozen titles or less are forced to pay premium price for these serial numbers and barcodes. The result is that many small publishers, despite being amazing at what they do, struggle to give their books the exposure they deserve. They are then forced to rely on selling through their website, Amazon, and other online outlets. Some independent bookstores will take books from indie publishers, but that requires a lot of leg-work and time.

This makes it difficult for independent publishers to stay afloat and compete with monster conglomerates like Penguin and Harper Collins. But why should you care about a small indie press?

It’s no secret that the Big 6 are risk-averse. They have a formula. The know what works. They sell that formula and often reap the rewards. This is fine, but it makes it rather difficult to be yourself in an industry that demands a narrow standard for storytelling. We are all authentic individuals, and the last thing any author wants is to be told their work needs to be molded into a tried-and-true formula when they think they’ve written something unique.

Sure, there are books that are inaccessible by most standards, but there are also works of fiction that fall somewhere in between vanilla mainstream and inaccessible literary fiction. These books have a hard time finding a home because they belong neither with literary presses nor with the Big 6, and this is where indie publishers take the reins.

There are entire genres that were once thought too niche for mainstream readers: namely, women’s fiction, magical realism, and science fiction. These genres saw their start with small, independent publishers, and now that they’ve become popular with readers, the Big 6 have created imprints specifically for those genres and have monopolized the market for them. Whatever successes indie presses see because of their willingness to take risks, the Big 6 follow and often sweep up whatever benefits they can.

Simply put, indie publishers are more often than not the trend-setters because they are willing to take a chance on riskier works. It doesn’t always pay off, but when it does, it pays off big. If you care about the artistic merit of fiction writing, you should care about independent publishers. That isn’t to say that the Big 6 publish works that lack artistic merit—I’ve read plenty of wonderful books by Big 6 authors—but you are more likely to see experimental and boundary-pushing fiction with indie presses.

Indie Presses care about their books and authors.

When we think of the Big 6, we think of six-figure deals and NYT chart-toppers. We think of book tours and signings, sky-rocketing sales, and massive social media followings. It’s every author’s dream, but the fact is that even within Big 6 publishing, the people who experience this life are winning the lottery. Most agented books don’t sell to the Big 6 (if at all), and those that do rarely get such care and attention. Why? Because the Big 6 like to put all their eggs in one basket. Rather than divvying up their resources equally among acquired manuscripts, they will focus all of their money, marketing, and publicity on one or two books they think will sell boat-loads of copies. Everything else, however, can get pushed on the backburner, leaving authors feeling neglected. Even worse, when the company experiences a shuffle or when an editor leaves, authors can get abandoned or kicked to the curb.

It’s not even easy for those who do win a six-figure deal. You could sell tens of thousands of copies and not earn back your advance. The publisher will be displeased and it could end your career, or at least put a serious snag in it. The pressure to sell can be overwhelming and it’s easy to feel like an imposter when you don’t become the publisher’s golden goose.

While this isn’t the case for everyone, it’s common enough, and there are many authors attesting to the dehumanizing experiences they’ve had working with large publishers. That isn’t to say authors should give up on getting published by the Big 6 if it’s what they want, but it’s an important reason why we should help small publishers succeed! They set a new standard for how authors should be treated: as people who want to see their works sell, who have hopes and dreams and want a personal connection with the people making those dreams a reality.

Reputable small publishers are known to give their all to the books they publish, even if that all is a fraction of the resources big publishers have. You can trust that your book is in caring hands, and that you won’t simply be tossed aside when the bureaucracy is disrupted or when you don’t sell enough.

One of my author friends who is a member of the LGBTQ community observed that the vast majority of LGBTQ fiction is published by independent presses. Despite the Big 6 touting their desire for diverse literature, it’s nonetheless extremely difficult for people from marginalized communities to break through in the industry.

The reason is pretty simple: the majority of people in big publishing are white, straight, and cis. This not only informs their tastes, but it also means they get to decide which stories from which marginalized authors are worth telling. When big publishers look for diversity, they often limit the way marginalized people are allowed to express that diversity; they want marginalized people to write exclusively #ownvoices, which can often become a kind of oppression porn. Authors get asked uncomfortable questions such as, “Are you gay like your character?” and are forced to out themselves to prove their stories are legitimate. Sometimes, it feels as though the Big 6 are less interested in diversity and more interested in the social currency diversity can afford them.

Small publishers, on the other hand, are generally less interested in this social currency. The people who work at small publishers, in my experience, tend also to come from more diverse backgrounds. And, because small publishers are more comfortable being niche, they are willing to publish fiction that focuses on marginalized voices in an authentic way. When marginalized people write how they want, they break formulas and subvert expectations. Small, independent publishers allow marginalized writers to do this, and as a result, indie presses have become a safe space for these writers to express their creativity and tell their stories on their own terms.

At the end of the day, small, independent publishers are an important part of the industry. They compete with large publishers by bringing new, thought-provoking work to the table and taking risks large publishers wouldn’t. They’re the guinea pigs who test out new trends and see what works. For anyone who’s a fan of art and creativity, this is important.

But perhaps more pressingly, they set an important standard for how authors should be treated—not as dollar signs or basic income units, but as people who have a story to tell. Publishers exist to make money, yes, but they do that by helping people tell stories. A good publisher won’t compromise your story or drop you when you don’t meet their expectations for profit. The relationship between author and publisher should be a human one, and not alienating and utilitarian.

So, if you love small, independent publishers as much as I do, please consider contributing! Spread the word, give their books a try, follow them and their authors on social media, or become a Patron!

If you join our Patreon before JULY 24th, you will receive a special letter from the Parliament House and an exclusive art/bookmark download.

If you are interested in becoming a reviewer for The Parliament House Press, please check out their sign-up sheet HERE